Pregnancy Discharge: It is normal to have an increase in vaginal discharge during pregnancy, but it is best to discuss with a midwife or other health care professional the nature of the discharge in case of problems.

The root causes behind vaginal discharge in pregnant women are the same as the causes in those who are not pregnant.

Hormonal Activity
It is quite normal for increased hormonal activity to lead to an increase in normal vaginal emissions. Clear or whitish mucous based discharge known as Leukorrhea, which is non irritant and mild smelling, can increase substantially while pregnant. Panty liners can be used to control these increased emissions, but tampons and douching are not advised as they can cause problems.

Infection
Discharges that are smelly, discoloured, irritant or bloodstained need to be assessed for infection. This will probably involve the use of swabs in order to find out the type or types of infection suspected.
The two most common infections are:
• Candidiasis (thrush)
• Bacterial vaginosis

Candidiasis
Commonly known as thrush or yeast infection, emissions from candidiasis are characterised as being whitish or whitish grey in colour, having a lumpy consistency similar to cottage cheese and a yeasty smell like beer or baking bread. These infections occur when the yeast organisms, which are always present, are affected by certain conditions, including pregnancy, and become out of balance with the other natural micro organisms. For the treatment of thrush, various home remedies are said to work quite well. Ingestion or direct application of yoghurt will help to kill the yeast organisms as it contains lactobacillus which is a probiotic or “friendly bacteria”. The use of garlic and boric acid are also said to be effective. Various prescription antifungal drugs exist to treat candidiasis:
• Clotrimazole (e.g. Canesten) whilst no adequate tests have been performed on pregnant women (as is common with most drugs), no adverse effects on the foetuses of pregnant animals have been found in tests.
• Nystatin (e.g. Mikostat, Mycostatin oral and Restatin) has a similar safety status to the above.
• Fluconazole (e.g. Diflucan, Flucand and Flucoheal) also has not been adequately tested on pregnant women.Tests on animals do indicate adverse effects and toxicity on foetuses but the drug could be prescribed if the benefits were thought to outweigh any potential dangers.
• Ketoconazole (e.g. Nizoral creams and shampoos) has a similar safety status to the above.
Other drugs are used in more severe cases, usually in hospitals.
Sugar intake is a factor that affects yeast infections, and it is sometimes recommended that cutting back on refined sugars is a good idea.

Bacterial Vaginosis
This condition is also related to the balance of micro organisms present in the vagina, and is characterised by watery non irritant discharge with an unpleasant fishy smell. BV is thought to increase the risk of premature labour threefold, so it is especially important that it is treated. Antibiotics like metronidazole (e.g. Anazol and Elyzol) are used to treat BV. This drug although not adequately tested on pregnant women, has not been found to indicate any risks to animal foetuses in studies

Other Infections
Trichomoniasis is usually transmitted through sexual intercourse. Symptoms include soreness and a greenish yellow or grey discharge that is foul smelling. It can affect both sexes, therefore partners must also be treated to avoid passing it back and forth. Treatment is usually by prescribed antibiotics.

Chlamydia is also sexually transmitted and sometimes results in discharge. It is more common to have light bleeding especially after intercourse and sometimes pain in the pelvic and lower abdominal region.

Always consult a midwife, doctor or health visitor if you suspect an infection before attempting any course of action.

Non Infective Irritations
Non infective irritation, or non infective vaginitis, is fairly self explanatory. The symptoms are irritation, itching and sometimes vaginal discharge without there being any infection. Causes of this condition can be:
• Reaction to toiletries, vaginal deodorants, fabric softeners etc,
• Wearing tights, exercise pants etc
• Sweating
• Wearing a wet bathing suit
• Sexual activity
Treatments for this condition should be discussed with a doctor. Precautionary measures include:
• Wearing cotton underwear
• Cleaning the vaginal area from front to back to avoid contamination
• Not wearing too constrictive clothing around vaginal area
• Not scratching
• Avoiding that which may trigger reaction, vaginal deodorants etc.

This is a fairly common condition during pregnancy as it is affected by changes in hormones. It involves a shifting of a delicate membrane in the cervix area which contains mucus producing glands. This in turn can lead to vaginal discharge of a mucous like nature and also some light bleeding which is painless.

The Mucus Plug
The mucus plug is like a gel sealant inside the cervix which protects the foetus from infection by sealing the mouth of the uterus. Expulsion of the mucus plug is also sometimes called “bloody show”. The mucous discharge is usually brownish yellow, sometimes pinkish in colour.
Along with a general increase and thickening of discharge that may occur as the pregnancy nears labour, there can be quite a lot of mucous when the mucous plug loosens, which can be a sign that labour is imminent. Although it could be a matter of hours, days or even weeks until the cervix becomes fully dilated.

Bleeding in Pregnancy
There are many reasons why vaginal bleeding may happen during pregnancy. Some of these reasons have already been covered. It is not unheard of for women to experience some bleeding during early pregnancy around the time they would normally have their menstrual cycle. In some cases this can continue throughout the pregnancy. There can also be some bleeding in the very early stages of pregnancy at the implantation stage of the fertilized egg. Bleeding can also occur later on due to the placenta embedding itself in the lining of the uterus.

Bleeding in early Pregnancy
Other reasons why bleeding could occur in the first trimester are threatened miscarriage and ectopic pregnancy. In the case of threatened miscarriage, bleeding can be brown spotting, blood stained discharge or bright red bleeding. There could also be abdominal pain. A midwife or doctor should be consulted if there is any vaginal bleeding.
The highest time of risk for miscarriages is immediately after implantation. It is estimated that 50% of all fertilized eggs fail to remain in place. This results in many unnoticed miscarriages as the eggs simply come away with normal or slightly delayed periods. It is thought that 80% of all miscarriages happen in the first 12 weeks of pregnancy, often around the times when the monthly cycle should be.

Ectopic pregnancy is where the embryo is implanted outside the womb, usually in the fallopian tube. This is a potentially very dangerous condition which could lead to haemorrhaging if not diagnosed in time. Abdominal pain, caused as the tube becomes distended, tends to happen around the second month of pregnancy, and vaginal bleeding is often also present. A scan will be taken to confirm any diagnosis of suspected ectopic pregnancy.

Bleeding in later stages of Pregnancy
Any bleeding that takes place after 28 weeks is known as ante-partum haemorrhage and could be caused by one of two potentially serious conditions.
Placenta praevia occurs when a low lying placenta blocks the entrance to the cervix. This complication affects approximately 0.5% of pregnancies. Women who are at greater risk of placenta praevia include those who have had caesarean delivery or an abortion.
Placental abruption occurs when the placenta comes away from the wall of the womb. This occurs in about 1% of pregnant women. A major factor in this complication is maternal hypertension. If bleeding suddenly occurs in the late stages of pregnancy, the women should lie down and arrangements should be made to immediately get her to hospital.

Note: If you have any symptoms or think you are having complications with your pregnancy. You should call 911 or seek medical attention immediately.

Lamaze to Parents: Get the Most From Hospital Tours to Be Ready for Baby’s Arrival

Take a Peek at This

If Your Dog Pees in Her Sleep Wetting Her Bed? You...

Top 3 Tips on How to Save Money on Pet Care

So, what’s the deal with beef and heart health? 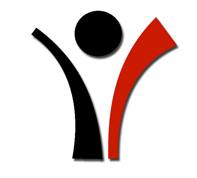 ABOUT US
The Family Life Tips is an authority on all things related to raising a health family and is a media outlet that covers parenting and family exclusively. An audience of highly dedicated readers turns to us for where-to, how-to, recipes and awesome life tips information.
FOLLOW US
© Copyright 2011 - Family Life Tips | A Content Spots Publication. | Designed & Powered by Spark Disk