Whether it’s time for a school field trip, a family vacation or you’re looking to bolster your knowledge of U.S. history, there are countless historic sites around the country where you can get away and learn about the nation’s foundation.

For a truly engaging experience, James Madison’s Montpelier in Orange County, Virginia, gives families, students and the history-inclined a way to peer into the past for a look at Founding Era life.

The home of the former President known as the “father of the Constitution” provides a thought-provoking educational opportunity. Visitors can learn about Madison, the process and ideals behind the Constitution and tour his recently-restored home. They can also experience The Mere Distinction of Colour, an exhibition about slavery at the time our country was beginning and its legacy today.

The property has a rich history that began in 1801 when Madison inherited Montpelier. He and his wife Dolley eventually retired there when his political career came to an end after living in the White House. Madison oversaw more than 100 enslaved African-Americans at the property who worked to maintain it as a tobacco and wheat farm. Visitors are able to absorb this history through his former home, the exhibition and the 2,650-acre property by walking the grounds, participating in trail walks, witnessing public archaeology digs and touring on-site exhibitions, among many other reasons to visit this historical landmark.

Free your inner explorer.
Each year, more than 125,000 visitors travel to Montpelier to experience its powerful history and picturesque landscape. The home and grounds are open to visitors and student groups throughout the year, and attendees can take guided tours or trek out on their own throughout the property. Tours include Madisons’ home, which was recently restored to its Founding Era decor; lessons about the first lady; or walking tours throughout The Mere Distinction of Colour exhibition, which also includes the South Yard and former homes of the enslaved community.

Become part of history.
The public archaeology program at Montpelier, which started in the 1990s, is one of the only in the country that allows the public to participate and pulls back the curtain on the archaeological process. The public, and even those descended from Montpelier’s enslaved community, have discovered many artifacts, now on display. These treasures show how those enslaved people lived and give a glimpse into their lives.

Go in-depth.
The Mere Distinction of Colour illuminates the struggles of those enslaved during the 19th century and provides visitors the chance to contemplate slavery during the Founding Era. One of the ways the exhibition does this is by featuring stories of those enslaved at Montpelier through the recordings of living descendants. Documentary research, 17 years of archaeological excavation, oral history and cultural exploration all went into the exhibition, which is located in the cellars of the main Madison house as well as four reconstructed slave dwellings and work buildings in the South Yard.

Improve your presidential knowledge.
While many history fans are familiar with George Washington’s Mount Vernon and Thomas Jefferson’s Monticello, Montpelier allows for another in-depth opportunity to discover the lives of the country’s founding presidents. The signature tour – the classic, keystone experience of Montpelier – touches on many aspects of Madison’s personal and professional life as the fourth President of the United States. 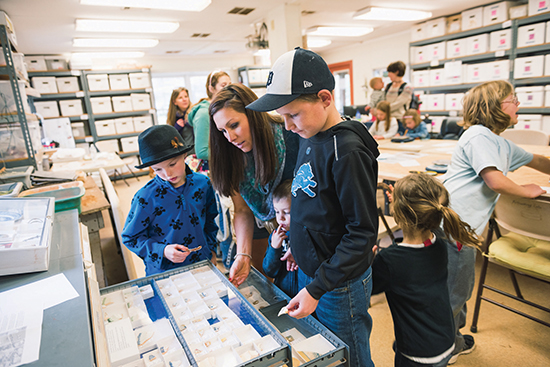 Fun for the family.
Discover Montpelier as a family with hands-on tours designed for children. They’ll be able to discover artifacts, documents and paintings while learning about the house, the Madison family and the enslaved community. 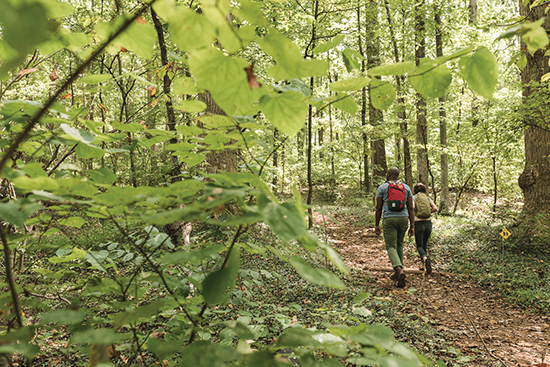 Get your exercise.
With more than eight miles of well-marked walking trails, it’s easy to get your steps in during a day at Montpelier. The multiple separate trails offer views of the Blue Ridge Mountains as they wind through pastures, wildflower meadows and forests. Open to the public during business hours seven days a week, there’s always a chance of encountering native plants and wildlife on the trails.

For more information, including a list of daily tours, visit Montpelier.org.

Find out more about the fourth President of the United States with these quick facts about James
Madison and his family:

Madison died June 28, 1836. He is buried in the family cemetery at Montpelier, where Dolley, his wife of 42 years, eventually joined him.

Sensory Learning: How to Integrate Into Homeschool Curriculum