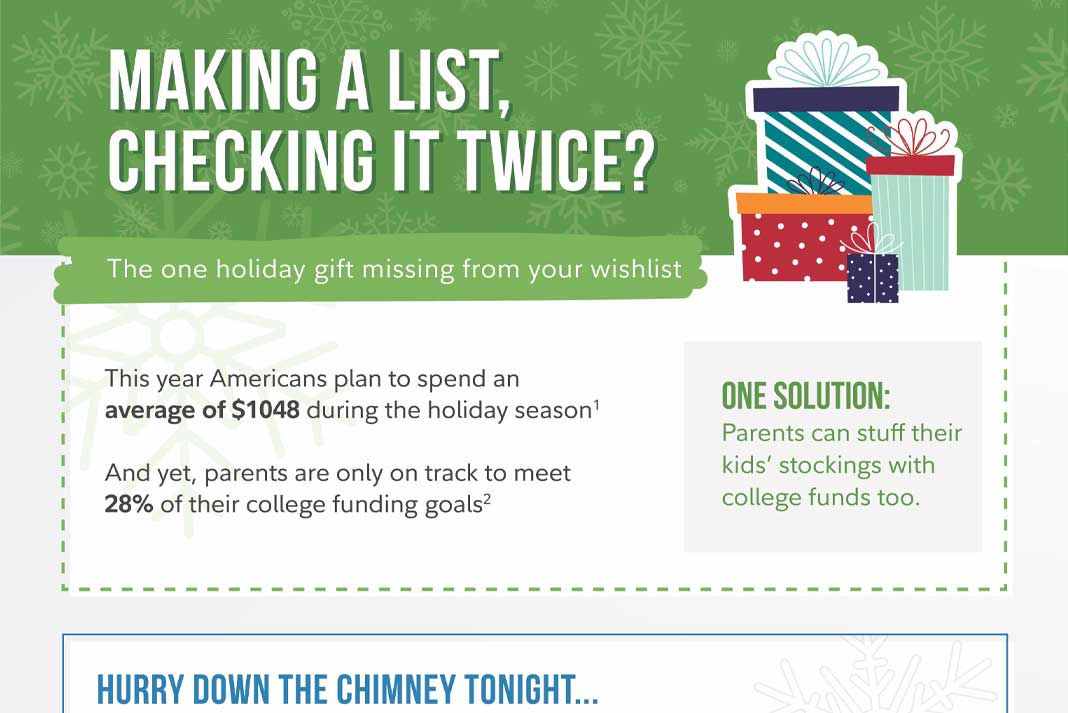 Forget the clothes and electronics. If you really want to please parents on your holiday gift lists, give them some help paying their kids’ college costs.

Not only did a whopping 84 percent of parents surveyed say they’d “welcome” such contributions to their 529 college savings plans instead of more traditional presents, according to new data from Fidelity Investments, but 33 percent have actually already asked for such assistance.

And the other 51 percent? Maybe they’re waiting for Santa to climb down their chimneys – the Tooth Fairy also makes house calls, it’s said – or maybe they haven’t heard about programs like the free online one at Fidelity that lets family and friends easily chip in to lessen the burden. Specifically, as the College Board reports, an average annual total cost (including tuition, fees, room and board) of $49,870 at private four-year colleges, $38,330 at out-of-state four-year public colleges, and $21,950 at in-state four-year public colleges.

Sensory Learning: How to Integrate Into Homeschool Curriculum